Conoclinium coelestinum, formerly known as Eupatorium coelestinum, may also be known by any of several common names: wild ageratum, hardy ageratum, blue boneset, blue mist flower, pink eupatorium. The last (the pink part, anyway) is a misnomer that likely arose from film-recorded images of the flowers.

While the flowers are actually a lavender-blue, print and slide films images show them as pink; something to do with film's limited spectral sensitivity? If anyone can tell me the definitive answer why this is, I'd love to know.

Anyway, the advent of digital imaging appears to have overcome this problem, and I can tell you that hardy ageratum (which is the name I first learned for it) really looks like this:


I haven't paid enough attention in previous years to know if this is anomalous, but hardy ageratum here in my garden has been in flower since the first week in August. And it's still going:


The first colony above is now a bit on the sprawly-falling-in-on-itself side of things, but still has flowers. All the same, it's due for a cutting-down before the seeds start forming in earnest. Like those of many other members of the aster family, hardy ageratum seeds disperse on the wind via fluffy pappi (plural of pappus) reminiscent of hairy parachutes. Shearing the plants now, rather than letting the few blooms sputter on, will reduce the number of unwanted seedlings popping up elsewhere.

While we're on the topic of unwanted spreading; the astute reader has noted my use of the word colony. Hardy, or wild, ageratum does move about via rhizomes and can eat up a fair chunk of space in the garden where one is not mindful of marauding sprouts.

In spite of its tendencies to wander, I appreciate hardy ageratum for the color it gives shady/partly-sunny spots at a time of year when many other blooms are spent. Consider pairing it with some large-leaved hostas for a textural contrast, as well as a vigorous partner which can keep up with it.
Posted by Unknown at 11:07 AM 1 comment:

Well, last weekend I had a lot I should have planted (attendees to PPA symposia, especially their tours, tend to pick up a couple of things here and there). I DID plant Lindera glauca var. salicifolia (Lindera salicifolia? Lindera glauca var. somethingelsia? taxonomists appear to be fence sitting on that one), Lobelia 'Fried Green Tomatoes' (seen here, in front of the 'Sutherland Gold' elderberry), 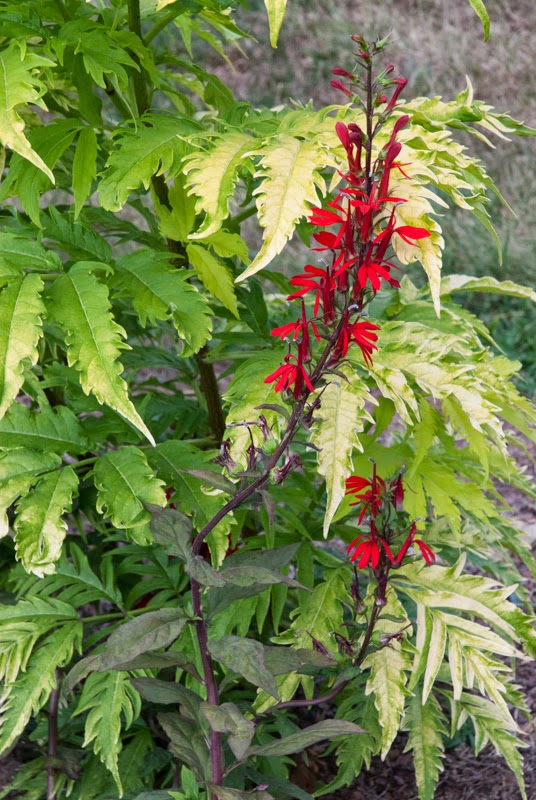 a couple Andropogon gerardii, Teucrium hircanicum (planted, I kid you not, somewhat sideways as it is  normally kinda lax), 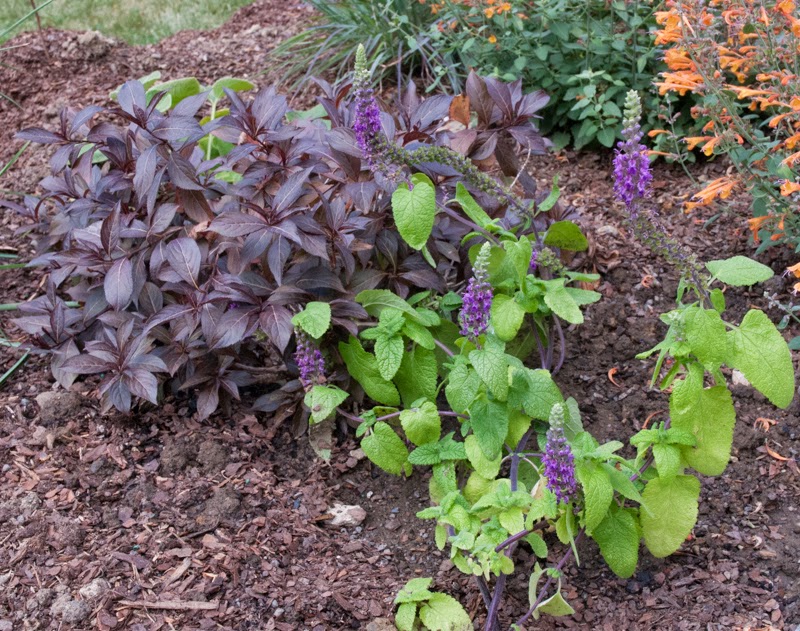 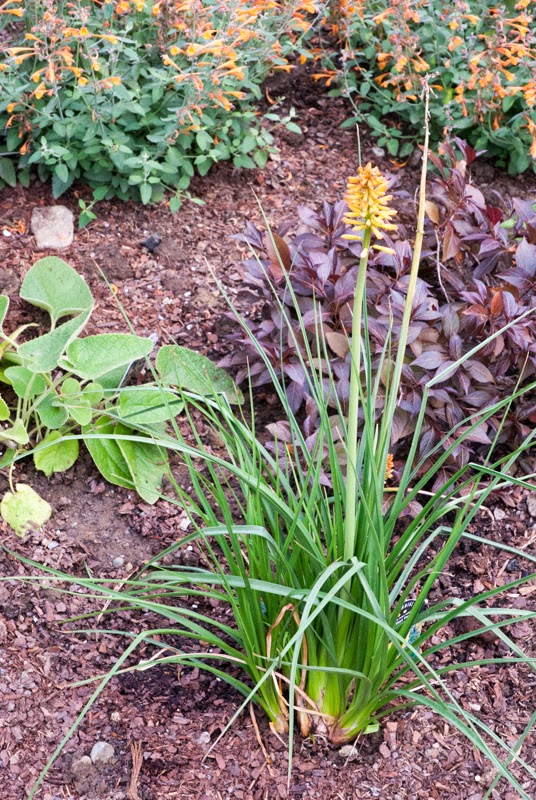 Geum 'Totally Tangerine' and I put bits of a Carex siderosticha 'Banana Boat' (detecting a fruit theme?) in several locations.

That leaves me needing to plant Caryopteris divaricata 'Snow Fairy', Heuchera 'Pistache', Deinanthe caerulea 'Blue Wonder', Arisaema 'Starburst' and Salix repens var. argentea ('Argentea', some would say). Well, maybe not that last one. It seems to have greatly resented being left in the driveway for a couple of days.  I would give the willow (sun plant!) crap about how the Deinanthe (shade plant!) looks remarkably better, but the latter may have benefitted from even the light shade offered by the seemingly sacrificial Salix. And, to be fair, maybe the willow needed more water than the false hydrangea. 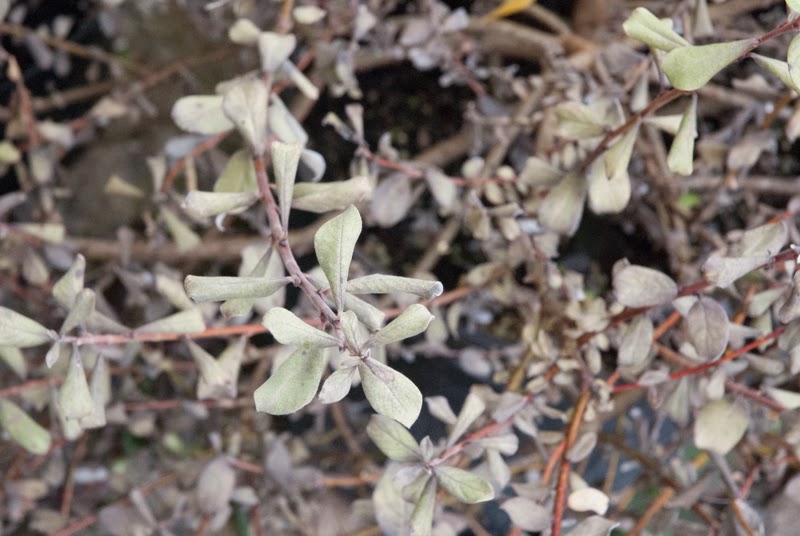 I also should repot a couple of tiny (but, they were only $1!) succulents (Stapelia or Huernia [did you know Asclepiadaceae have been lumped into Apocynaceae- ]? and Echeveria or Aeonium?)

More sometime soon on how well the willow recovers. If at all.
Posted by Unknown at 6:11 PM No comments: