Every year is strange in its own way. This year, thus far, has been unseasonably warm. When I say thus far, I'm actually being somewhat generous, as temperatures returned to March normal on Friday. Unfortunately, certain plants had already developed to the point where their cold-susceptible flowers were already open. Magnolia x loebneri 'Leonard Messel' is one of those.

In the past, I have observed 'Leonard Messel' locally flowering around the second week of April, and in 2016 mine was in full bloom by the 18th of March. And while it's still possible for frosts to occur through April and early May, the chances of it happening are typically lower. Overall, my 'Leonard Messel' has fared well when it was in bloom. 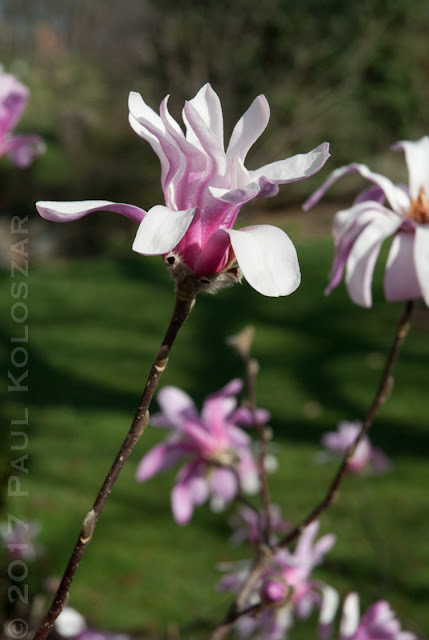 By Saturday afternoon, the overall plant didn't look too different, but closer inspection revealed the tender nature of the flowers: 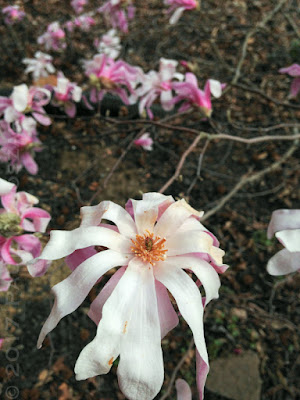 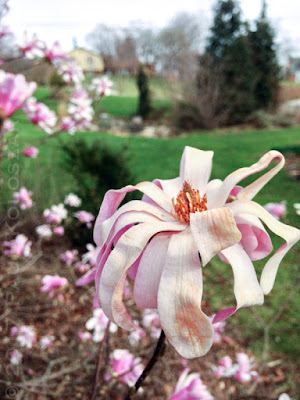 Magnolias that tend flower early in the season (M. kobus, M. stellata, M. x soulangeana, etc.) will always be at risk of getting damaged by cold snaps, but in the years when they flower unscathed, they can be fabulous. Even though there will be occasional years that disappoint, in the long run you will appreciate having taken the risk of growing one. 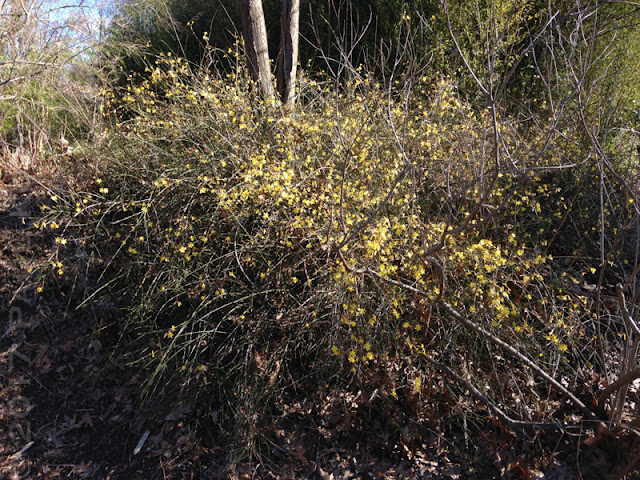 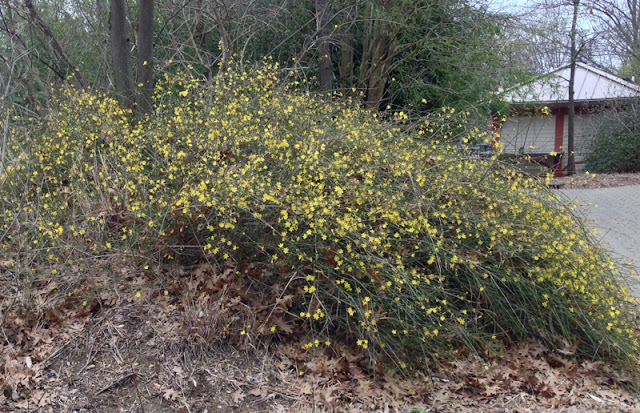 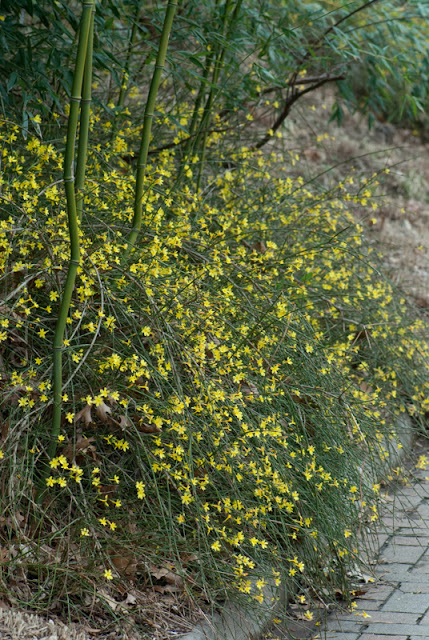 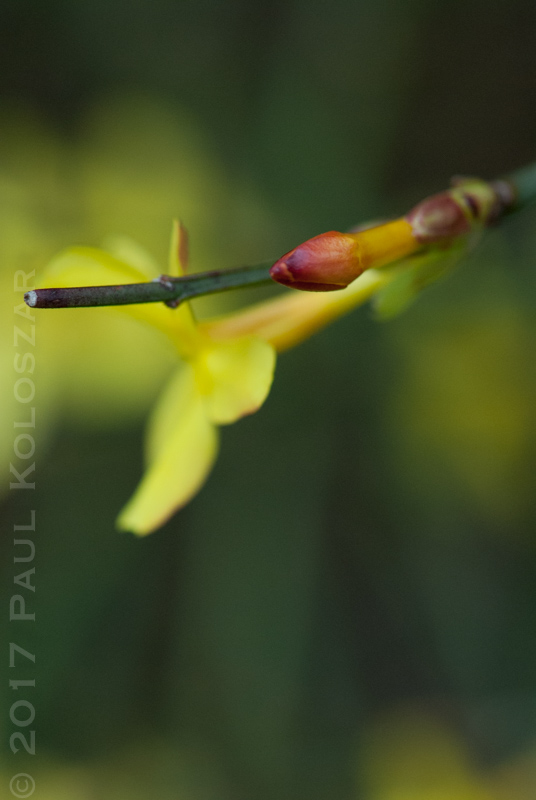 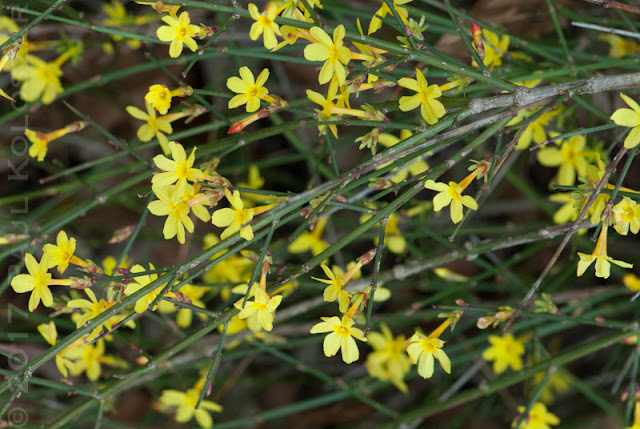 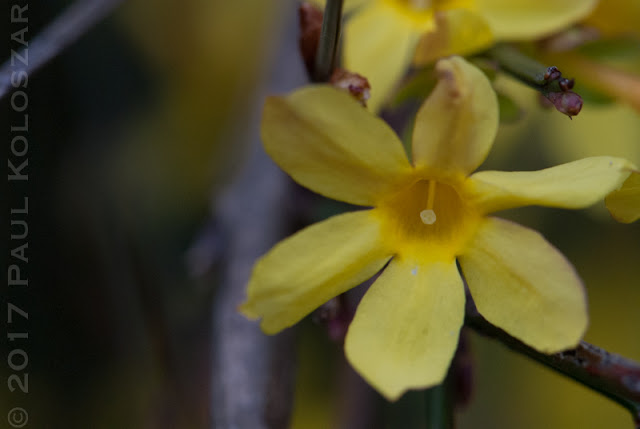